Here are two of my kitties, Kinky and Coma, all dressed up waiting for the gouls to come by for treats. 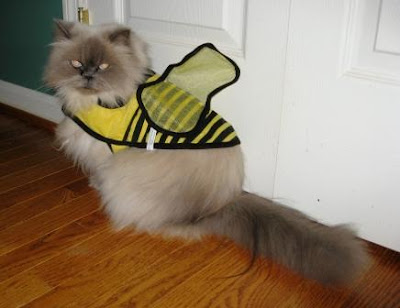 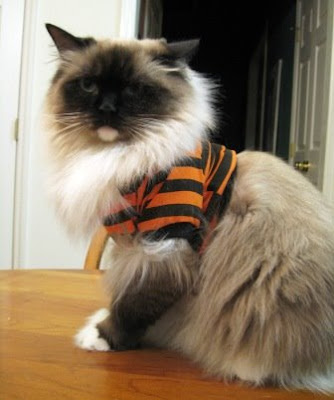 They were both so very cooperative with the outfits! No complaining. I was surprised. Kinky is the bee and Coma is the one in the T-shirt. Of course, Yello, is obviously missing from the designer-wear. She would have NOTHING to do with me putting ANYTHING on her.

We only had a group of three little kids show up. :-( I live on a single street culdesac and there aren't any little kids anymore, so I guess we aren't an inviting street for raking in the chocolate.

Anyway, after about two hours of waiting for the Gouls, this is what Kinky looked like. Her spirit was gone! 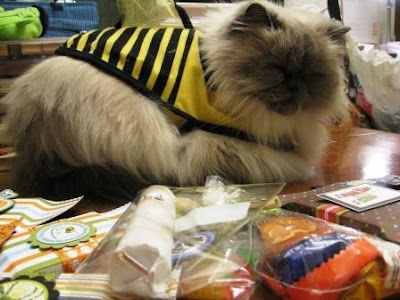 Isn't she the cutest little thing! She protected the goods until she just couldn't keep herself awake one moment longer!

Robin said…
Love your kitties in their costumes. Artie,Zeus and Nesby don't like it too much when I dress them up. Usually it lasts long enough for me to take a picture.
Tue Nov 04, 01:06:00 PM EST

Unknown said…
Kinky wore her outfit all night! I finally took it off the next morning :-)