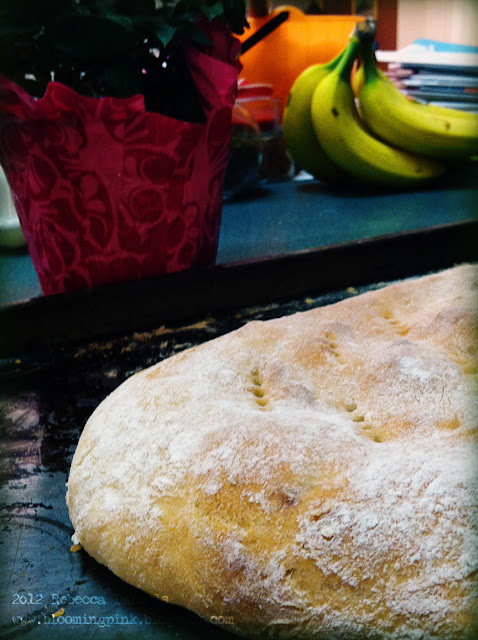 Tonight's dinner was an experiment making gourmet out of leftovers.  On Friday night, I made a large amount of rather spicy meatloaf with turkey and bison.

Which lead to tonight with Meatloaf au Duvet" or simpler still "Gourmet Stromboli".  This came to me while jogging with Oliver and Dave in the park this afternoon.

I was craving swiss chard for some reason.  And mushrooms.

One of my favorite simple white bread recipes was used to make the crust. Browned some mushroom slices and leeks with butter, and chopped a bunch of raw swiss chard.

This was layered over the thinly sliced cold meat loaf on the rolled dough, topping with parmesan cheese shavings and mozzarella cheese.  Sealed shut and pierced with a fork so that it could vent whilst cooking.

Served this with a simple cucumber, onion, and fresh dill salad and an easy bean/corn salsa.

This is being linked on Made by You Monday.  You can go see all the other folks super creations HERE (not just food, but also lots of crafts!)