I have had a super busy week, which is ridiculous considering that one day was a holiday while another day was a vacation day.  But when at work, it was 120%....and unfortunately, for the next few months, I don't see it easing much.

But enough about all that, since in only a short bit, I'll be at it again.

In the meantime, I have been fighting a creativity block, breaking through with a card that I'm happy to include in a swap I signed up for (and was late on).  I used the {ippity} set, Bloom and Simplify. The sentiment was an itty bitty that I received just before the holiday weekend! 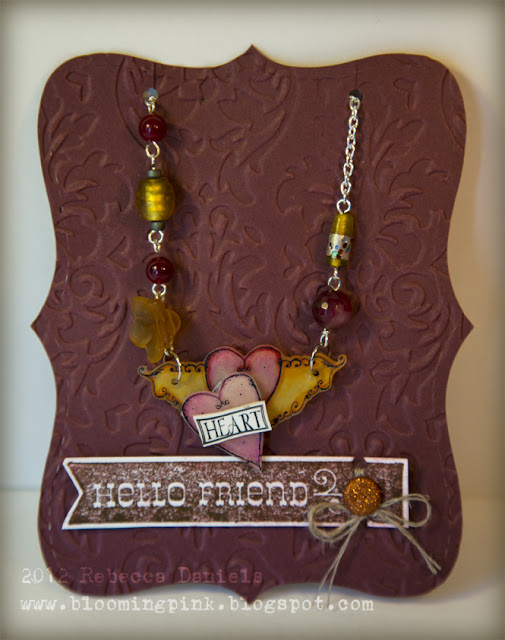 This next project was a little necklace that I made similar to the necklaces I highlighted in the {ippity} April release, HERE.  I am sending this little present to someone that I'm sure will be very surprised! 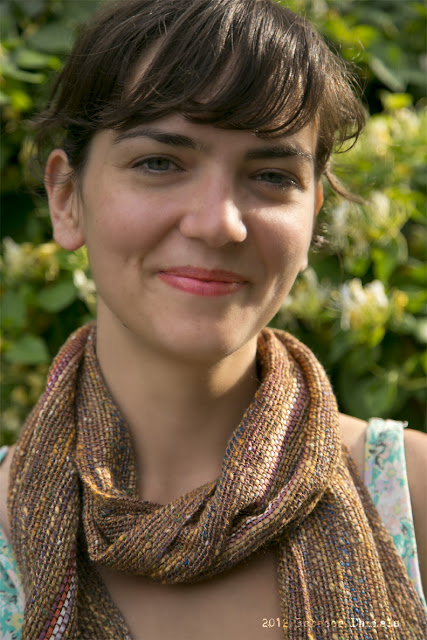 And here is my beautiful daughter, Candace, modeling a scarf I weaved and gave to her.  It is the first project I've woven and I have to say that I'm really happy with it!  I am going to have to make a few more, oui?

Here's a couple add'l shots of it: 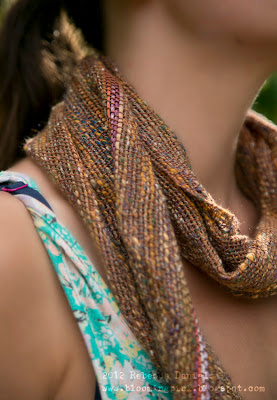 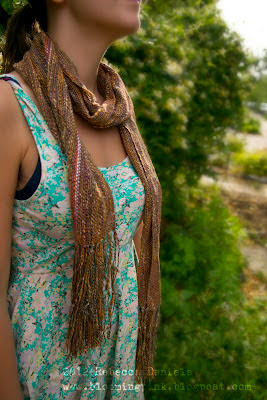 Kary said…
Rebecca, soooo many Awesome projects!! Your card is absolutely gorgeous, I love the colours and the flower is so beautiful. The necklace is so pretty, it's a wonderful gift for your friend and so nicely presented. Wow, what a pretty woven scarf and such lovely photos of your beautiful daughter too. Thanks for sharing these! Have a wonderful day!!
Mon Jun 04, 08:34:00 AM EDT