February 10, 2010
As a full sized adult, have you ever stepped in snow that came up over your knees? Well, it was a first for me! 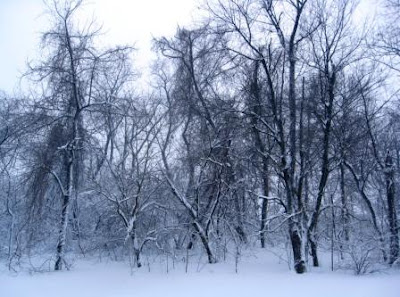 After getting blasted last week with over 2 feet of show, we received another similar snowfall only 4 days later. We've now broken the record of the most snowfall since they began recording snowfall in 1885. Pretty cool, eh?

The last record snowfall was in 1995. I remember it well, because it was the most snow I'd ever seen in my entire life. Being from the south, we rarely experienced white stuff and I remember being impressed and bewildered about what to do. My dogs were perplexed as well. I wonder if Clyde remembers. Because he was about two years old at the time.

Anyway, here's a few snapshots I took with my pocket camera as we were trying to keep up with the digging. 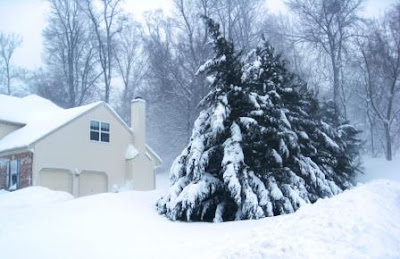 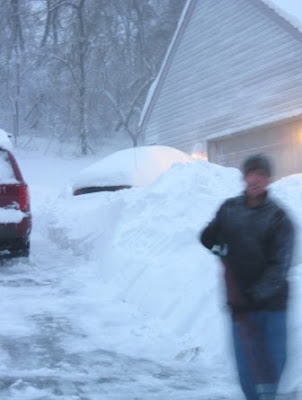 It was still snowing while we were digging. And after we were done, we strolled down the lane. Snow was blowing towards our back on the way down the lane...but on the way back, it was an icy sting right onto our faces.

In order to get the shots, I couldn't use the flash and it was near dark when we decided we better start. (We were hoping it would stop first)

Here's a shot using the flash. It reminded me of the chicken house last year when I forgot to turn off the flash and realized all the YUK in the air....BUT this was a much nicer to experience. 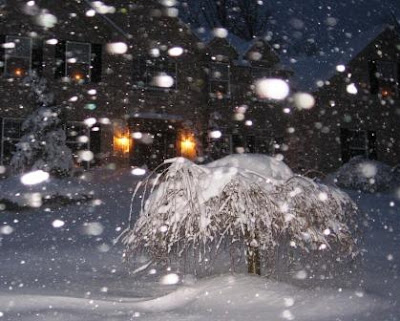 I have more pictures to show. I'm having such a hard time keeping up with all I need to do. Too many balls in the air! One or two of them being SNOWBALLS.

Pam said…
Wow - thanks for sharing about all that snow! I've never seen more than about an inch or two of snow on the ground (and we had to drive up for the weekend to even see that!)

Karen said…
I look at it as a winter wonderland!! Being from Minnesota you learn to love the snow(some Minnesotan's may beg to differ! Ha!)!!! Any hoo...looking forward to another weekend of snowmobiling! Hope you have a sport you enjoy in the snow! hehe
Fri Feb 19, 06:52:00 AM EST