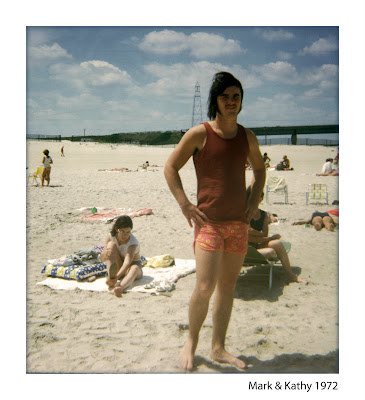 This is a picture of Dave's brother and sister at the inlet enjoying the sun and surf. 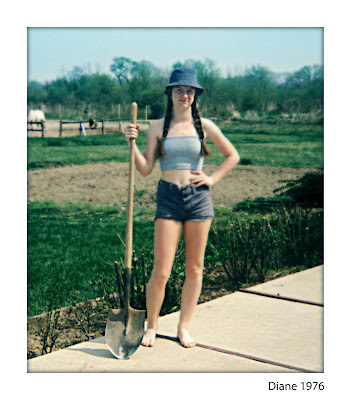 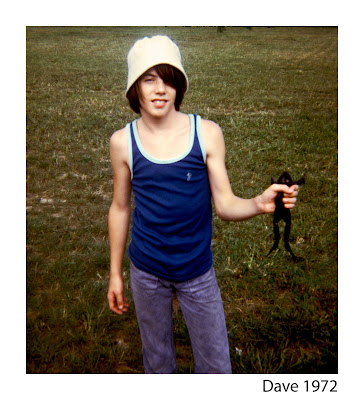 I can see why Dave was able to get away with so much mischief as a child, can't you? This is Dave, showing off a new catch! (Later those frogs he caught...actually DID turn into princesses...) 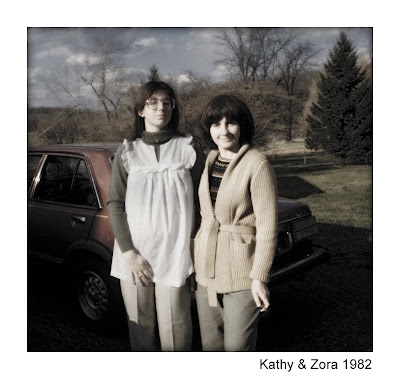 A picture of Dave's pregnant sister (pregnant with her oldest) and his mother. 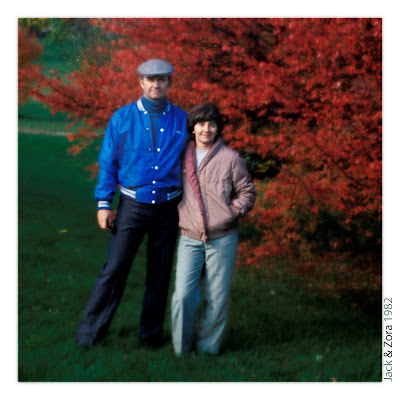 Dave's mom and dad. This was a popular tree to have pictures taken in front of, because there are several during autumn of different years in front of this same colorful foliage. 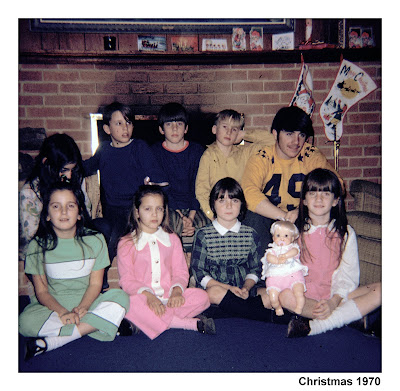 And lastly, at Christmas, a gang of family children. Dave is in the middle of the second row and his eldest brother, looking oh, so bored is the fella on the right. Earl and Danny, his cousins are also in the picture. Dave's sister is looking down (on the left), and Dave's sister (the same one with the hoe and pigtails earlier) is the one holding the doll. Aren't they a fun looking bunch?